With the Spanish teachers coming to Sweden with their exchange students, so did different kinds of group presentations from three classes in the school of Zaragoza. The pupils from grades three and five hade made class presentations of themselves, the fifth graders in shapes of jigsaw puzzles. Our pupils here in Lund rewarding them with presentations of themselves and their schools, the later in a small film, made by the third graders, presenting their school in their first semester of studying English. Both in Sweden and in Spain the concept of real audience, of pupils in another country reading what they write and listening to what they say have deepened their sense of motivation and made them work hard. We hope for a growing friendship in many ages! 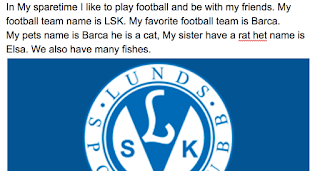 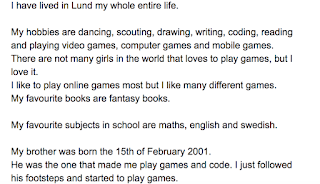